I heard what I thought was God’s voice saying, “You have the wrong sermon for tomorrow.” It was late Saturday night and I had just completed the last touches for preparing my sermon to preach the next morning at our new church plant in urban Seattle.

“But Lord,” I contended, lying on the floor, face down and my chin propped in the crack of my open Bible, “I have been working on this all evening, and it’s late now and I am tired and need some sleep. You could have stopped me earlier.” There was no response.

Since God was no longer talking, I did the next best and intelligent thing: I closed my eyes, and thumbed blindly through my Bible, intent on letting my finger fall randomly where it would and claiming that Scripture passage as my sermon text. My finger fell on Genesis 23:9: “so he will sell me the cave of Machpelah, which belongs to him and is at the end of his field. Ask him to sell it to me for the full price as a burial site among you.”

“Well, that doesn’t work,” I said aloud into the quiet night. My thoughts continued: “If college buddies could see what I am reduced to now, they would get a real kick out of this. You can’t encourage a new church with talk of Abraham trying to buy a grave for his wife who died.” Then I heard God’s Spirit say, “That is it. Look carefully.”

I meditated on the story context as the night wore on. It was all there, and I had never seen it before. The truth revealed became my first important lesson in church planting: You don’t plant a church first, but you plant a man, and then around him grows a church. Let me explain.

In Genesis 23:4, Abraham points out to the inhabitants of the land that he was a sojourner and foreigner among them. He was temporary. But now he no longer wanted to be temporary; he wanted to settle. In this culture, any foreigners who died were buried in borrowed graves. Later, when the person’s clan or tribe decided to move on, they would collect their dead and carry the bodies with them. In purchasing a grave for Sarah, Abraham was clearly stating that he was no longer moving. He had arrived. This was the place to settle.

“That’s it!” I proclaimed loudly, filling my silent house and nearly waking my wife and four sleeping children. I knew in that moment we were in Seattle permanently.

The first key to planting is not to build a church service, a discipleship system, or a denominational model, but to plant my heart.

I must decide that this is permanently it. I will love this city, love this people, and settle here and make it my place. For me, this meant selling our home in Eugene, Oregon. We weren’t going back. Seattle was our place, and we needed to buy in.

That is exactly what happened, swept along by miracles from the Holy Spirit and our faith. It was a gateway through which we entered—30 years ago now—into what became not only a mature church, but a mother church to multiple plants in many cities and countries.

The heart of the matter is relational, not geographical. Too many times, church planters pick a place—a city or neighborhood—and tend to commodify “the people.” Genuine love is lacking, and “the people” can sense it. “Authenticity” is a buzzword today, both in business and in church planting circles. This is always at the top of the list of things people are seeking in life, and of course it follows in seeking a new church.

There must be a deep sense of value in the place and in the people. This can be as simple as getting out of an office or church facility and visiting people at their workplace. (Don’t underestimate the value of this little tip. You will be astonished.) And of course, visiting people in their home, not just at a coffee shop, is still fashionable. In these incarnational settings, people feel loved, honored, and valued. You have become part of their life, and now it’s your life, your people, your church—an authentic community, a place of belonging.

So what did I learn that night from Abraham buying the cave of Machpelah? Abraham bought into his promised land. It became the place of blessing, and from there he could emerge as a blessing to the nations. The same happened for me, and it can happen for you. Whether you’re starting a church or simply living out your Christian witness, be planted in a place. Love and accept people, and true community will emerge. It is a work of Jesus.

This article originally appeared in the April 2019 issue of Ministry Team magazine.

Douglas Heck has planted multiethnic churches since 1995. He is the founder and pastor of Horizon Church (horizonchurches.org) and founded Horizon College of Ministry (horizoncollege.us), which has graduated students from nine nations into ministry positions and church plants. Tips for Church Staff Performance Reviews—and How to Fire Well 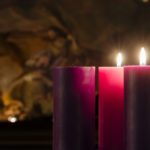 Experience Advent through Scriptures (Readings for Every Week)

Written by Guest Author
5 Memorial Day Prayers for Our Country, Our Service, and Our Enemies
FacebookTwitterRedditPinterestEmailLinkedIn
An Alternative to New Year’s Resolutions