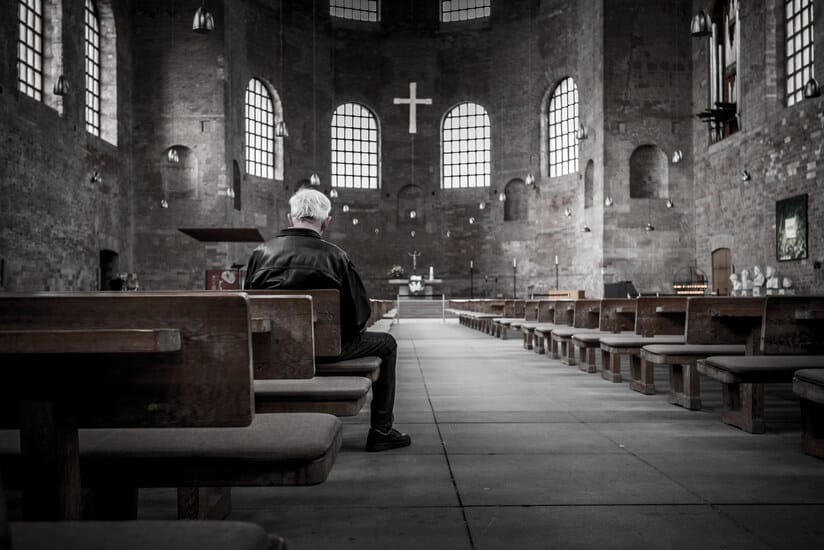 In Every Square Inch, Dr. Bruce Riley Ashford surveys a variety of perspectives on the relationship between Christianity and culture. According to Ashford, the conversation boils down to these three main views:

This first perspective sees Christianity and culture as two opposing forces of influence. The church stands on one side of the line, and culture on the other. Ashford says, “This is especially a temptation for Americans who realize that their country is becoming increasingly post-Christian—and in some ways, even anti-Christian. They realize that their beliefs on certain theological and moral issues will increasingly be rejected and mocked by the political and cultural elite and by many of their fellow citizens.”

Within this perspective, Ashford identifies two analogies to represent the perceived relationship between Christianity and culture:

“Some proponents of ‘Christianity against culture’ tend to view the Church primarily as a bomb shelter.” 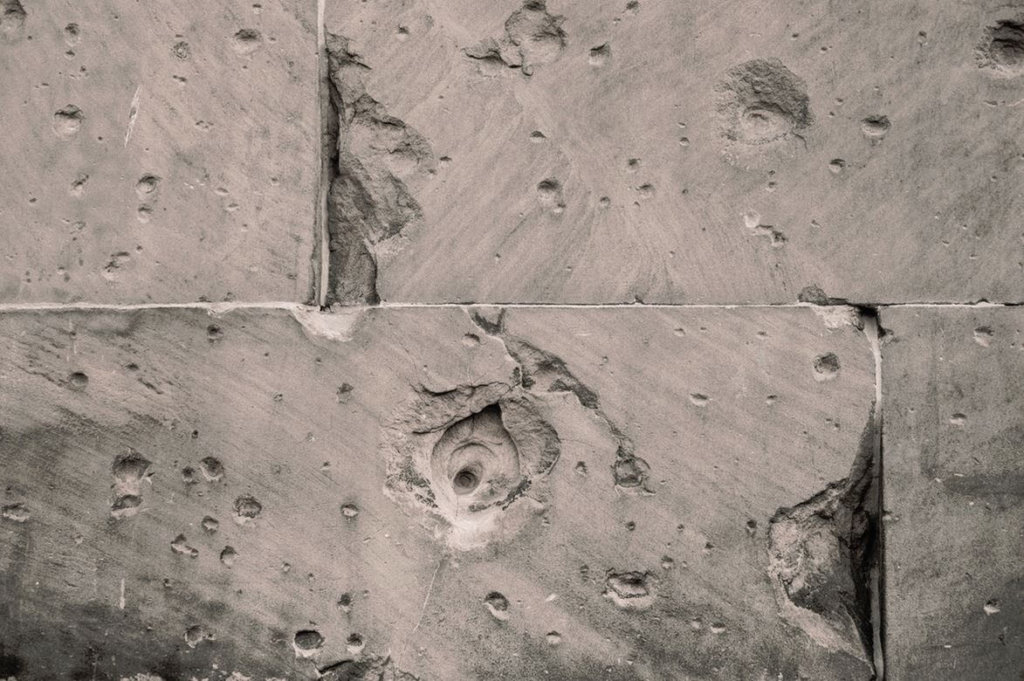 This stance transforms the church into a sanctuary, where people seek refuge from the spiritual siege of the outside world.

Christians sometimes talk about trying to find the balance between immersing yourself in the world and isolating yourself in a comfy little bubble. This perspective has fully embraced the bubble.

“Believers with this mentality have good intentions,” Ashford says. “They want to preserve the church’s purity, recognizing that the church is under attack and that therefore we should hold fast to the faith (Revelations 3:11). They know that there is a great battle being waged (Ephesians 6), a battle that plays out both invisibly in the heavenly realm, and visibly in the cultural realm.”

But these man-made barriers only create the illusion of safety from sin.

“[This] externalizes godlessness and treats it as something that can be kept out by man-made walls, rather than understanding that godlessness is a disease of the soul that can never be walled out.”

“This mindset tends toward legalism and tries to restrict Christians’ interactions with society and culture,” Ashford says. “While it rightly recognizes that the Christian life involves war against the powers of darkness, it wrongly tries to wage that war by escaping from the world. This obeys only one half of Jesus’ admonition to be in the world, but not of it (John 17:14–16).”

The bubble of legalism can’t keep sin out of the church, and it hides one of God’s most useful tools—us.

Ashford’s second analogy for this perspective takes a more confrontational approach to the conflict.

“Other proponents of “Christianity against culture” view the Church primarily as an Ultimate Fighter.” 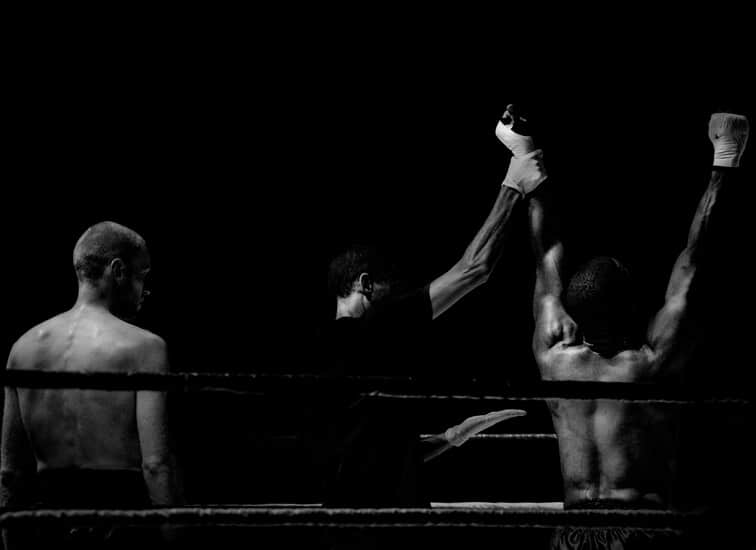 You can certainly find biblical support for a view that pits the church in the ring against culture. “Believers with this mentality are clinging to the biblical principle of waging war against what is evil. They rightly recognize that we must put on the whole armor of God (Ephesians 6:11), fight the good fight of faith (1 Timothy 6:12), resist the devil (James 4:7), and cast down anything that exalts itself against God (2 Corinthians 10:4–5).”

That being said, Ashford believes this mindset still falls short—it’s too easy to see ourselves fighting against people instead of sin. God uses the church in his plan to rescue people, not destroy them. Ashford says, “Our social and cultural contexts are full of unbelievers—but those unbelievers are not only enemies of God, but also drowning people in need of a lifeboat. The church is not only a base for soldiers, but also a hospital for the sick.”

Here’s a different take on the fighting analogy: culture is actually beating people up. Left to their own devices without God, people will take blow after blow—perhaps without even realizing that it’s culture (and themselves) delivering the pain. The false promises, social norms, distorted morality, and unchecked sin present in various cultures can all appear good to people without God. But we know that God’s law is actually designed with love (Matthew 22:37–40). People are fighting themselves, not the church, and many of their wounds are self-inflicted.

The church fights culture by continually pointing to the one who heals the brokenness.

The second view Ashford presents embraces culture and brings it into the church.

“Those with a ‘Christianity of culture’ perspective tend to build churches that are mirrors of the culture.” Cultural shifts that happen independently of the church aren’t always bad. Ashford says, “God has enabled all people—Christian or not—to make good and valuable contributions in the cultural realm.” The human rights movement and the abolition of slavery brought about monumental positive changes. Looking back now, we can recognize that there were Christians on both sides of these movements—some advocating them, and others resisting them. We can agree that the Christians resisting these cultural shifts were in the wrong. But culture isn’t always right, and the church can’t mirror every move culture makes. Without God, culture raises up idols in his place—celebrities, politicians, sex, wealth, power, and even productivity and freedom.

Can the church embrace culture without also embracing its idols?

Ashford says, “Christians with this mindset tend to view their cultural context in very high esteem—perhaps disagreeing with aspects of it here and there, but for the most part finding it to be an ally rather than a threat.” Generally, this view sees advances in culture as positive changes the church should embrace. While parts of Christianity can be defined in black and white, culture often creates large gray areas. Different perspectives may identify the gray as black or white. This perspective fully embraces the gray.

“Believers with this mentality rightly recognize that God ordered the world in such a way that humans would make culture, and they rightly recognize that their culture exhibits real aspects of truth, goodness, and beauty,” Ashford says. “However, this mentality is misguided because it fails to sufficiently see the way in which every culture, and every aspect of culture, is corrupted and distorted because of human sin.”

By becoming a reflection of culture, the church can lose its position as a champion of a better way to live. When Christians embrace the “gray areas,” the better way of life we offer can become a gray area, too. (Click to tweet.)

Ashford puts it this way, “When Christians adopt a ‘Christianity of culture’ mindset, they take away Christianity’s ability to be a prophetic voice and usually end up sacrificing doctrines and moral beliefs that run contrary to the cultural consensus.”

There are good intentions and can be positive fruits, but it may not ultimately be the best route for the church to take.

3. Christianity in and for culture

It’s no secret that Ashford believes this is the best way to view the relationship between church and culture: “A third and better mindset is one that views human beings as representatives of Christ who live their lives in the midst of and for the good of their cultural context, and whose cultural lives are characterized by obedience and witness.”

Ashford doesn’t use a metaphor to describe this perspective, but here’s a common example you might find helpful:

As Christians, we are Christ’s ambassadors (2 Corinthians 5:20)—we represent another world, while we live in the midst of this one. (Click to tweet.) God created the structure that allows culture to exist, shift, and progress. As humans, we formulate and shape that culture within God’s structure. “Every cultural context is structurally good, but directionally corrupt,” Ashford says. “For this reason, we must live firmly in the midst of our cultural contexts (structurally), all the while seeking to steer our cultural realities toward Christ rather than toward idols (directionally).”

As ambassadors, we are fully immersed in the culture, but everything about us points back to the one we serve. This doesn’t mean we agree with everything culture does, but we learn to understand it and speak its language, identify its true desires—all with the intention of showing how Christ is the only one who can correctly fulfill those well-meaning (though often misplaced) desires.

Ashford says, “Every aspect of human life and culture is ripe for Christian witness. Every dimension of culture, whether it is art, science, or politics, is an arena in which we can speak about Christ with our lips and reflect him with our lives. We thank God for the existence of culture and recognize whatever is good in it, while at the same time seeking to redirect whatever is not good toward Christ.”