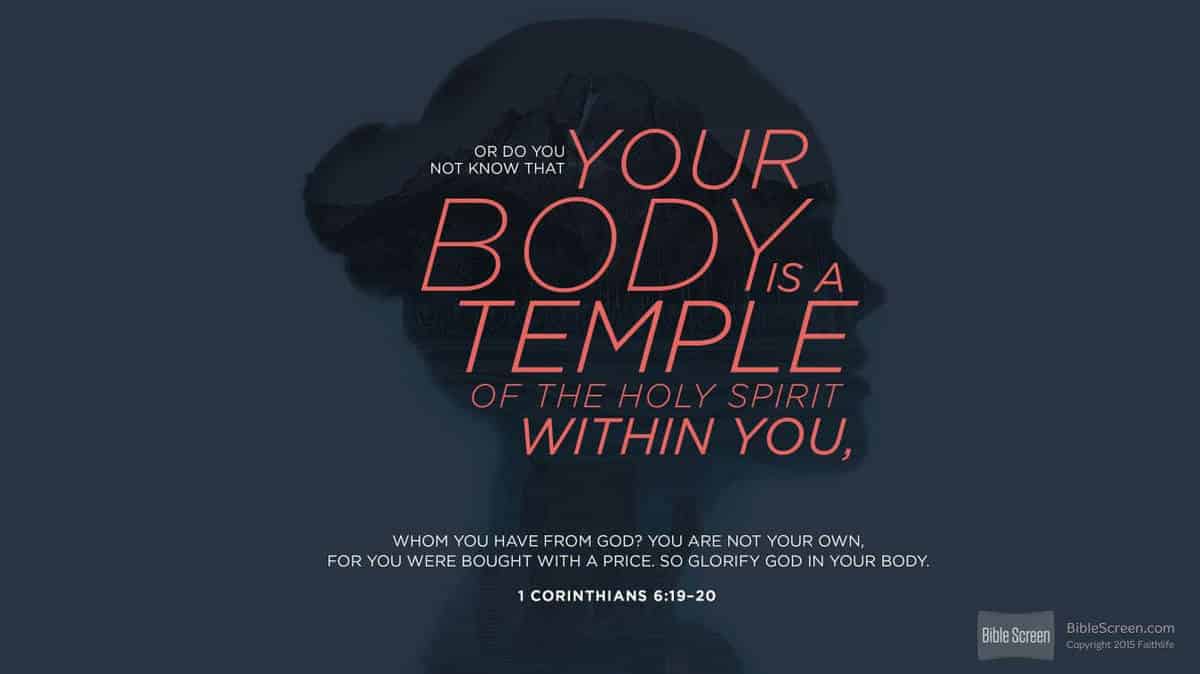 The church in Corinth had a problem. One of their own was actively engaging in sexual sin that went beyond the immorality of non-Christian Corinthians (1 Corinthians 5:1). This person was choosing to live in sin, despite being part of the body of Christ. Paul goes on to say that the best thing for both the church and the individual was for the church to remove the man from their fellowship. Then in 1 Corinthians 5:5, Paul puts it another way: “deliver this man to Satan for the destruction of the flesh . . .”

To us modern day Christians, Paul’s instruction sounds like a cliche misrepresentation of Christianity you’d see in a horror movie. But that’s not how Christians in Corinth understood it.

In an article for Bible Study Magazine, Dr. Michael S. Heiser says, “Paul is insisting that the unrepentant person be dismissed from the church to live in his or her sin and endure the consequences of their behavior.” This is a pretty widely recognized interpretation of this passage. Unrepentant sin has no place in the body of Christ. As Paul puts it, “a little yeast leavens the whole batch of dough” (1 Corinthians 5:6 NIV).

But there’s more to the story.

Heiser’s new book, Supernatural, reveals an important backdrop that we often miss in Scripture, including this passage—simply because Bible scholars don’t talk about it much outside of peer-reviewed journal articles. There’s cosmic geography in place here which was familiar to Israelites and early Christians. Scholars see it too, but maybe no one’s told you about it yet.

To see this instruction the way Paul intended, we have to delve into the worldview he was writing through.

Deuteronomy 32 and the sons of God

“When the Most High gave to the nations their
inheritance, when he divided mankind, he fixed
the borders of the peoples according to the number
of the sons of God. But the Lord’s portion is
his people, Jacob his allotted heritage.” —Deuteronomy 32:8–9

Deuteronomy 32:8–9 parallels the account of the Tower of Babel in Genesis 11:8–9, but unlike Genesis 11, Deuteronomy 32 touches on the divine council—a thread Dr. Heiser traces throughout the Bible in Supernatural. In his chapter on cosmic geography (the supernatural landscape of our physical world), Heiser explains why the wording “sons of God” is so important here (after demonstrating why “sons of Israel” is an incorrect translation, since Israel did not exist at the time the tower was built):

Heiser suggests that this is not an insignificant detail. “God’s allotment of the nations to other gods frames the entire Old Testament,” he says. “The rest of the Old Testament is about the God of Israel and his people, the Israelites, in conflict with the gods of other nations and the people who live in them.”

After citing numerous passages where the sons of God failed to fulfill God’s purpose for them (culminating in Psalm 82:1–8), Heiser dives into the cosmic geography revealed in Scripture:

“Because of the Deuteronomy 32 worldview, geography in the Bible is cosmic. Ground is either holy, meaning dedicated to Yahweh, or it is the domain of another god.” In 1 Samuel 26:19, David says, “They have driven me out from the Lord’s land to a country where I can only worship foreign gods.”

“David wasn’t switching gods,” Heiser says. “He also wasn’t denying that God was present everywhere. But Israel was holy ground, the place that belonged to the true God. David was stuck in the domain of another god.”

In another article for Bible Study Magazine, Heiser digs into Naaman’s request to take dirt from Israel back to Syria. When Elisha healed Naaman of leprosy, Naaman recognized the God of Israel as the one true God, and Israel itself as God’s holy ground. He brought the turf of the one true God into the territory of a false one.

Throughout the New Testament, Heiser says, “Paul uses a range of terms for hostile divine beings (Ephesians 1:20–21, Ephesians 3:10, Ephesians 6:12, Colossians 1:16 Colossians 2:15): rulers, authorities, powers, thrones. What do they have in common? They were all well-known terms used to describe geographical rulership.”

To Paul, passages like Deuteronomy 32:8–9 and Psalm 82:1–8 weren’t strange references or obscure concepts we could wait until heaven to understand. The cosmic geography of the Old Testament was still in play, but God’s presence in his people through the Holy Spirit changed the rules.

So back to this whole thing about delivering someone to Satan.

“Paul’s statement makes sense only against the background of the cosmic-geographical worldview of the Old Testament,” Heiser says. “In Old Testament theology, Yahweh’s ‘portion’ was Israel and the land he was giving the Israelites, the land of Canaan. His presence sanctified the ground—made it holy.” Hence Naaman’s not-so-strange request for dirt from Israel.

“Initially, the presence of Yahweh resided in the tabernacle. When the Israelites rested and set up camp, the ark of the covenant was placed in the center, marking Israel’s camp as holy ground. Later, after Israel took up residence in Canaan, Yahweh’s presence was in the temple, sanctifying the Promised Land as holy ground—Yahweh and his people were at home.”

Do you see where this is going? Mark 14:58 brings us to God’s present dwelling place.

“Now, the presence of Yahweh indwells believers—we are the temple of God (1 Corinthians 6:19, 2 Corinthians 6:16, Romans 8:9). That means believers, the body of Christ, are the new people of God, a new Israel.”

This is why Paul said that a man who was living in sin needed to be kicked out of the church in Corinth. This is why sin has no place in the body of Christ, or in our lives as believers. Our bodies are now God’s holy ground.

“Since believers—and the places where believers are gathered—are holy ground, sin must be expelled,” Heiser says. ” Just as the ground around the Israelite camp and the surrounding nations under the dominion of other gods were conceived as unholy ground, so in New Testament times—and now—the world was unholy ground.”

So why did Paul say “to Satan”?

Dr. Heiser says the world outside the body of Christ is “the domain of Satan.” When a person leaves the church, they transition from God’s dwelling place to Satan’s.

“To be expelled from the church was to be put back into unholy territory. That was where sin belonged.” It still is to this day.

In the book, Dr. Heiser goes on to explain how this background enhances our reading of the New Testament: “As the disciples go out into the world, the domain of Satan is transformed into God’s territory. The kingdom of God advances, regaining control of the nations.”

The cosmic geography of Scripture also has powerful implications for the way we see the church:

“We need to view every congregation of true believers as holy ground. External appearances, buildings, and the size of the congregation are of no concern to God. What matters is that, where two or three are gathered, Jesus is in their midst (Matthew 18:20). The space is sacred. Every congregation, no matter how small or unknown, is on the front lines of a spiritual war. Every church has the same task. The powers of darkness will not prevail.”

To see why the ancient Hebrew worldview of the Bible matters to you as a believer today, grab a copy of Supernatural. Once you’ve seen what the Bible really says about the unseen realm, you’ll never read your Bible the same way again. worldview of Scripture, check out Heiser’s The Unseen Realm: Recovering the Supernatural Worldview of the Bible. Heiser’s bibliography alone is longer than some books!