3 Common Mistakes in Church Capital Campaigns & How to Avoid Them There are no shortcuts to an effective church capital campaign. (Sorry!)

But there are simple ways to avoid common pitfalls so your church is set up for success.

Whether your church will be planning a capital campaign soon, you’re gearing up to write your capital campaign’s landing page, or you’re in the middle a campaign right now, you can sidestep these three critical errors:

“Tell me a story!” If you’ve got little ones in your life, you’ve heard that a time or two. And no matter how old we get, people still love stories.

Author Jonathan Gottschall puts it this way: “Even when the body goes to sleep, the mind stays up all night, telling itself stories.”

So remember the power of story when you undertake your church’s capital campaign.

Include practical elements (like the amount of money needed, how it will be used, and when the project will take place). But don’t miss incorporating pictures and videos in your initial presentation and in updates. Even a simple video shot on a phone can draw attention and stick in viewers’ memories the way numbers can’t.

Paint pictures with your words, too. For example, explain how this new building will be filled with children learning about God for the first time. If you’re supporting a missionary, give stories of those who have come to Christ through their witness.

A common method is a thermometer with your goal at the top. That used to mean a giant cardboard thermometer and a whole lot of red markers, but now you can do it digitally. No mess. No furious scribbling before the service starts. No difficulties sharing progress even when people aren’t in the sanctuary to see it.

In fact, you can even create a visual that auto-updates with your campaign’s progress. Your congregation can watch in real-time as gifts come in. Pretty neat, huh?

Here’s a look at how to do that with Faithlife Giving (included with Servant Keeper church management software from Faithlife) and Faithlife Proclaim.

Even if everything else in your giving campaign is perfectly planned and executed, if pathways to giving are blocked . . . your campaign won’t be as effective. So make sure you have a direct link to your giving campaign fund. Embed it on your campaign landing page and include it in emails and newsletters so givers don’t have to sort through a dropdown of several different funds before contributing.

Then, ask yourself these two important questions:

Some people will want to give as soon as there’s an opportunity—as in, before they even walk out the church doors or leave your live stream service.

For in-person services, a noticeable path to encouraging generosity is creating a giving kiosk. People still get a hands-on experience like with an offering plate but without the necessity of carrying around cash or checks.

To set up a kiosk with Faithlife Giving included with Servant Keeper church management software from Faithlife, all you need is a tablet.

For in-person or online services, make sure you’ve set up mobile giving and texting to give. Most people will already have a phone in hand or within reach. Take advantage of that!

Other people will want to go home and look at their budgets before donating. Make it easy for them to give with these methods:

Now you know the top three mistakes churches make with capital campaigns—and how to skip over them.

Mary Jahnke is a content marketing specialist. She has a background in marketing, especially for Christian education, and feels blessed to serve the Church at Faithlife. 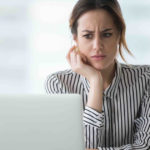